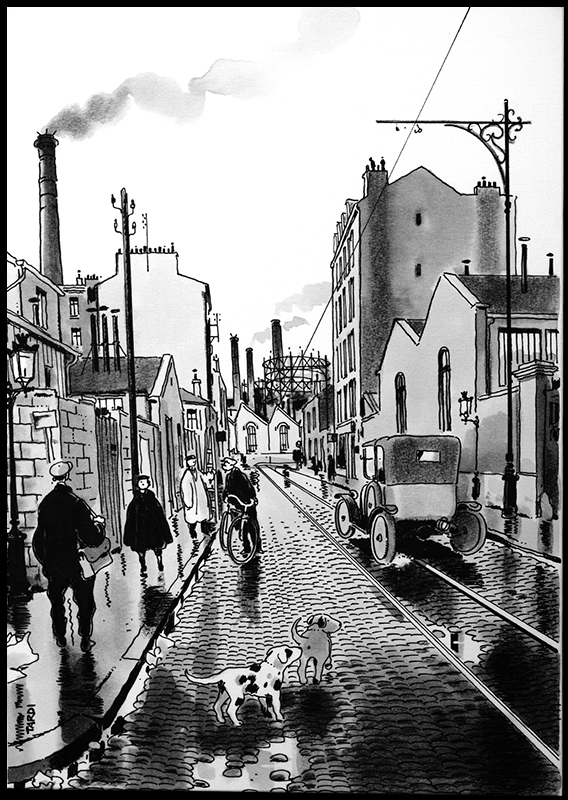 Do not miss the Jacques Tardi exhibition at the Galerie Oblique, from May 15 to June 8, 2013

Jacques Tardi, author and illustrator (among others) of “the extraordinary adventures of Adèle Blanc-Sec”, the series “Nestor Burma”, and “It was trench warfare”, has a style that recalls that of Hergé, but the universes that he describes are far from the one in which Tintin evolves.

Jacques Tardi won the Grand Prix of the city of Angoulême in 1985.

Appointed Knight of the Legion of Honor on January 1, 2013, he categorically rejects this distinction in a statement:

“Being fiercely attached to my freedom of thought and creation, I do not want to receive anything from current power or any other political power, so it is with the utmost firmness that I refuse this medal”