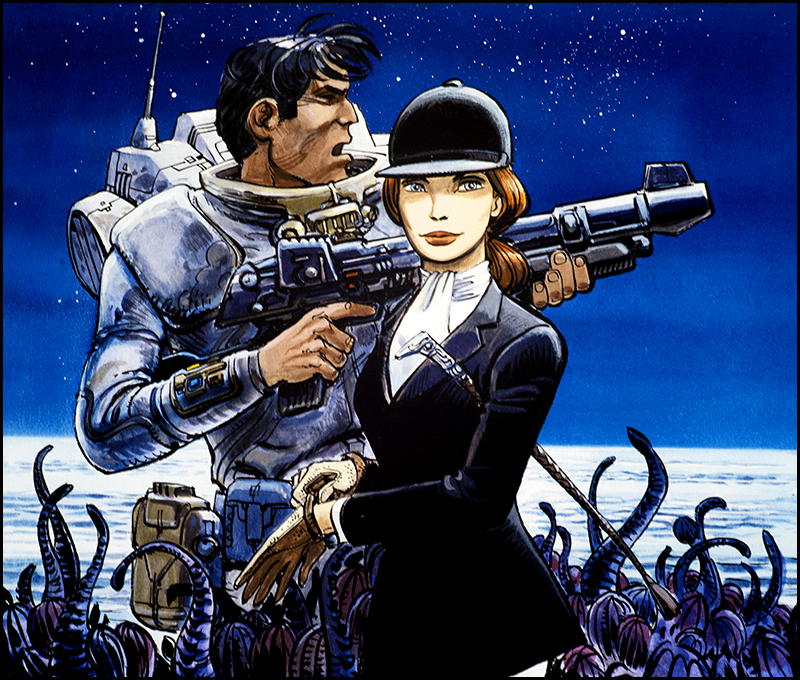 from September 19 to October 4, 2014 at the City Hall of the 5th arrondissement in Paris,

The saga of Valérian and Laureline brings us into a world of visionary and humanist science fiction.

This saga began in 1967 in the newspaper “Pilote”, and was published in 1970 as albums by Dargaud publications.

This work is the result of the collaboration of Jean-Claude Mézières, for the graphics, Pierre Christin, for the comic script, and Évelyne Tranlé, for the colorization.

Jean-Claude Mézières is an atypical artist, he is also a reference for many authors of comics and/or science fiction.

The Grand Prix of the Angoulême Festival was awarded to Jean-Claude Mézières in 1984.

In 1992, at the request of Luc Besson, he created the futuristic sets of the movie “The Fifth Element”.