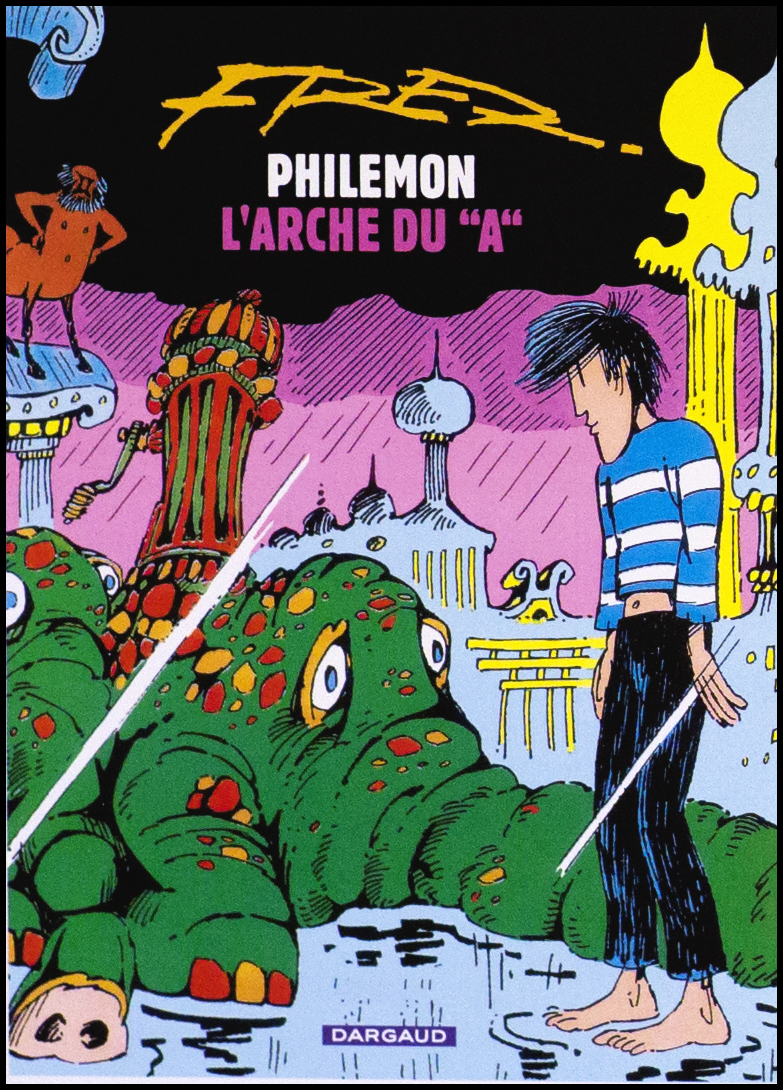 From Wednesday, September 14th till Monday, October 3rd, 2016 in the City hall of the 5th district in Paris,

Fred, one of the great comic book authors, is a funny and touching poet. He is a cartoonist in the Franco-Belgian comics tradition.

His most famous works are the Philémon series, The Small Circus, The story of the crow in sneakers.

Fred discovered the comics with the Journal de Mickey, Mandrake the Magician and Popeye the Sailor.

In 1946, at the age of 15, Fred published his very first cartoon in the letters to the editor of a children’s newspaper. Subsequently his drawings have been published in Ici Paris, France Dimanche, Paris Match, France-Soir, Le Hérisson, Punch, The New Yorker and Quartier Latin.

In 1960, Fred teamed up with Georges Bernier, aka Professor Choron, and François Cavanna, to create the satirical magazine Hara-Kiri, the precursor of Charlie Hebdo magazine. He was then the artistic director of the magazine and he drew the first 60 covers of the “dumb and nasty newspaper”.

In 1965, he brought to life to the character of Philémon, a lunar teenager with bare feet and a striped sweater.

At the same time, he began a career as a scriptwriter, so he had the opportunity to work with cartoonists such as Jean-Claude Mézières, Georges Pichard, Mic Delinx or Alexis, with whom he created the series “Time is Money”.

In 1980, he was awarded the Grand Prix of the city of Angoulême at the seventh Angoulême International Comics Festival.

In 1994, he got the Alph’Art (called later Golden Wildcat) of the best album of the year for L’histoire du corbac aux baskets.
He is one of the few authors to have won these two high distinctions of the French-speaking comics.

Fred’s work as a whole and the Philémon series in particular stand out for their innovative and poetic narrative style. One can only attach oneself to the very touching Philémon character, and even identify with it.

Fred’s exhibition, “Autour de Philémon”, is part of the Parcours BD – 5 en Bulles, 3rd edition, organized by the Merchants’association of the 5th district of Paris, in order to promote and to make known their neighbourhood.
This cultural event runs from September 12 to October 8, 2016.

It offers 6 major exhibitions: Fred , Alex Varenne, Stanislas, Yao Wei, Sophie Koechlin and Wu Qing Song, plus a collective exhibition of all the authors who take part to the book signing sessions.

It also offers many meetings and book signing sessions with comic book authors, particularly Saturday, September 24 and Sunday, September 25, 2016, from 2pm to 6pm.

You will find more information, on the 5 en Bulles website and on Rachel Hardouin’s Facebook page, Rachel Hardouin is the one who organizes and orchestrates this comic book festival.

Photos from the opening of the exhibition “Autour de Philémon”